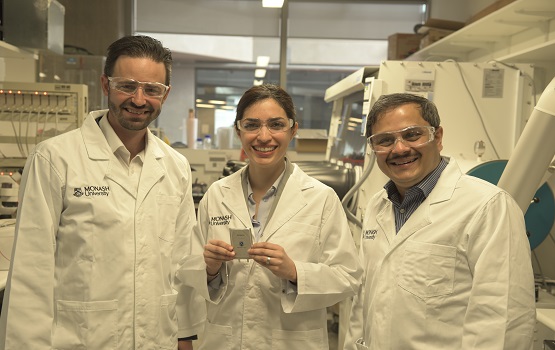 The name “lithium-ion battery” seems to imply that lithium is
the essential ingredient that dictates the battery’s performance
characteristics. But that’s less true than it appears. The
electrodes that the lithium shuttles between are critical for
dictating a battery’s performance, which is why electrode materials
played such a large role in the description of
last year’s Chemistry Nobel. Different electrode materials
dictate the battery’s performance in part based on dictating the
energy difference between the charged and uncharged state. But they
also determine how much lithium can be stored at an electrode, and
through that the energy density of a battery.

There are a number of ideas floating around for new electrode
materials that store lithium in fundamentally different ways: as
solid lithium metal or as lithium oxide, which allows some of the
electrode material to come from the air outside the battery. There
are also chemicals that can store much more lithium per given area
of volume. All of these options present serious issues (often more
than one) that have kept them from being adopted so far. But a
recent paper is promising a major breakthrough in something that
has always been an attractive option for lithium storage:
sulfur.

“Holds lots of lithium” isn’t a high bar to clear; if that was
all we were looking for, some of these alternative electrode
materials would be in use already. But there’s a whole host of
other characteristics: cheap and easy to work with, compatible with
the chemistry of the rest of the battery components, holds up to
repeated charge cycles, and so on.

Source: FS – All – Science – News
Will lithium-sulfur batteries be in our future?

How does a Sturgis-sized crowd affect COVID-19? It’s complicated