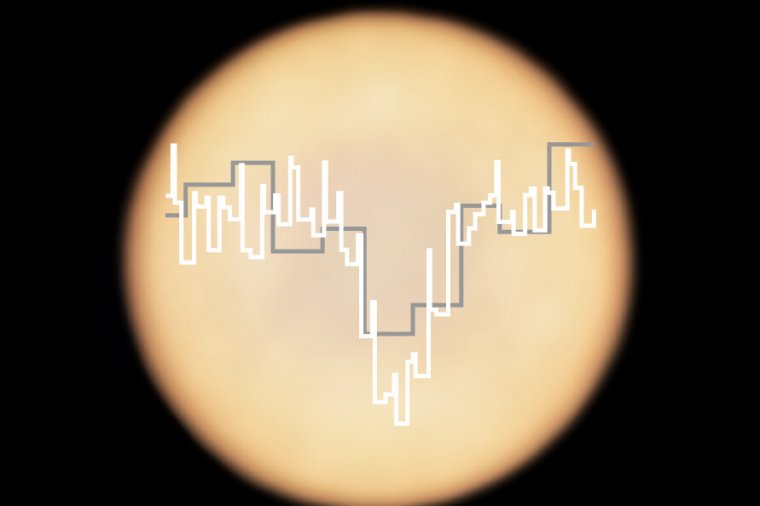 Today, researchers are announcing they’ve observed a chemical in
the atmosphere of Venus that has no right to be there. The
chemical, phosphine (a phosphorus atom hooked up to three
hydrogens), would be unstable in the conditions found in Venus’
atmosphere, and there’s no obvious way for the planet’s chemistry
to create much of it.

That’s leading to a lot of speculation about the equally
unlikely prospect of life somehow surviving in Venus’ upper
atmosphere. But there’s a lot about this work that requires outside
input, which today’s publication is likely to prompt. While there
are definitely reasons to think phosphine is present on Venus, its
detection required some pretty involved computer analysis. And
there are definitely some creative chemists who are going to want
to rethink the possible chemistry of our closest neighbor.

Phosphorus is one row below nitrogen on the periodic table. And,
just as nitrogen can combine with three hydrogen atoms to form the
familiar ammonia, phosphorus can bind with three hydrogens, forming
phosphine. Under Earth-like conditions, phosphine is a gas, but not
a pleasant one: it’s extremely toxic, and has a tendency to
spontaneously combust in the presence of oxygen. And that later
feature is why we don’t see much of it today; it’s simply unstable
in the presence of any oxygen.

Americans trapped on cruise ship with coronavirus get to go home