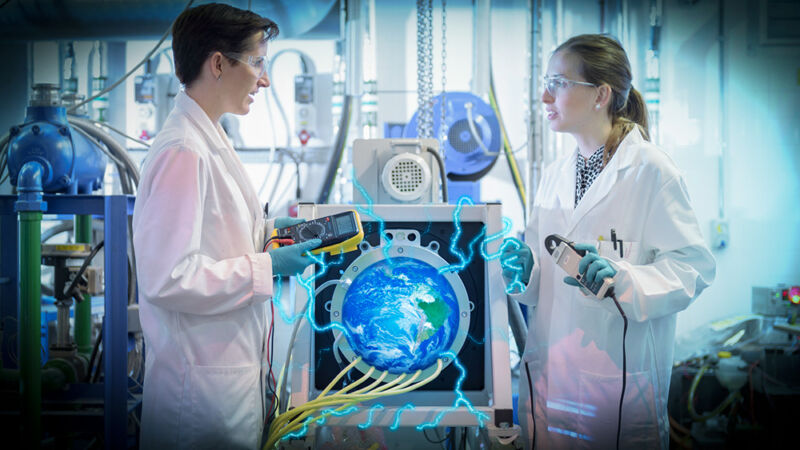 In 2010, a lithium-ion battery pack with 1 kWh of
capacity—enough to power an electric car for three or four
miles—cost more than $1,000. By 2019, the figure had fallen to
$156, according to
data compiled by BloombergNEF. That’s a massive drop, and
experts expect continued—though perhaps not as rapid—progress
in the coming decade. Several forecasters project the average cost
of a kilowatt-hour of lithium-ion battery capacity to fall below
$100 by the mid-2020s.

That’s the result of a virtuous circle where better, cheaper
batteries expand the market, which in turn drives investments that
produce further improvements in cost and performance. The trend is
hugely significant because cheap batteries will be essential to
shifting the world economy away from carbon-intensive energy
sources like coal and gasoline.

Batteries and electric motors have emerged as the most promising
technology for replacing cars powered by internal combustion
engines. The high cost of batteries has historically made electric
cars much more expensive than conventional cars. But once battery
packs get cheap enough—again, experts estimate around $100 per
kWh for non-luxury vehicles—electric cars should actually become
cheaper than equivalent gas-powered cars. The cost advantage will
be even bigger once you factor in the low cost of charging an
electric car, so we can expect falling battery costs to accelerate
the adoption of electric vehicles.

Source: FS – All – Science – News
The story of cheaper batteries, from smartphones to
Teslas

Variant of photovoltaic power could generate 24 hours a day

After first coronavirus death in the US, first possible outbreak reported