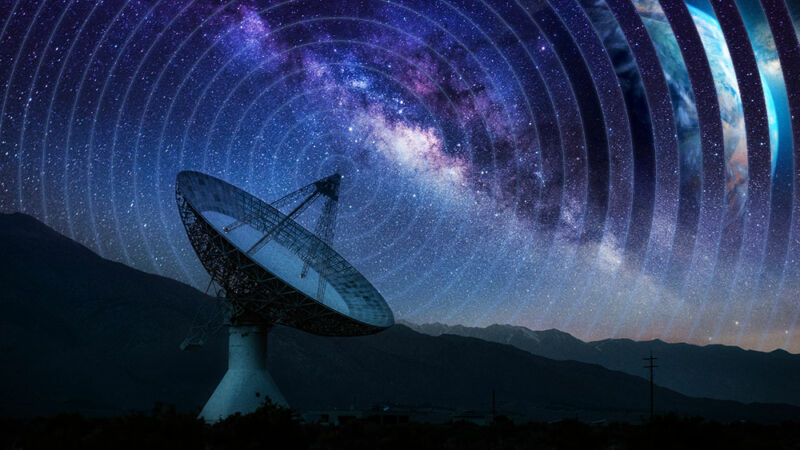 In 1993, a team of scientists published a paper in the
scientific journal Nature that announced the detection of a planet
harboring life. Using instruments on the spacecraft Galileo, they
imaged the planet’s surface and saw continents with colors
“compatible with mineral soils” and agriculture, large expanses
of ocean with “spectacular reflection,” and frozen water at the
poles. An analysis of the planet’s chemistry revealed an
atmosphere with oxygen and methane so abundant that they must come
from biological sources. “Galileo found such profound departures
from equilibrium that the presence of life seems the most probable
cause,” the authors wrote.

But the most telltale sign of life was measured by Galileo’s
spectrogram: radio transmissions from the planet’s surface. “Of
all Galileo science measurements, these signals provide the only
indication of intelligent, technological life,” wrote the
authors.

The paper’s first author was Carl Sagan, the astronomer,
author, and science communicator. The planet that he and his
co-authors described was Earth.

Single-chip lidar routing is in our tiny future

Manage your expectations about the benefits of emissions cuts, study says