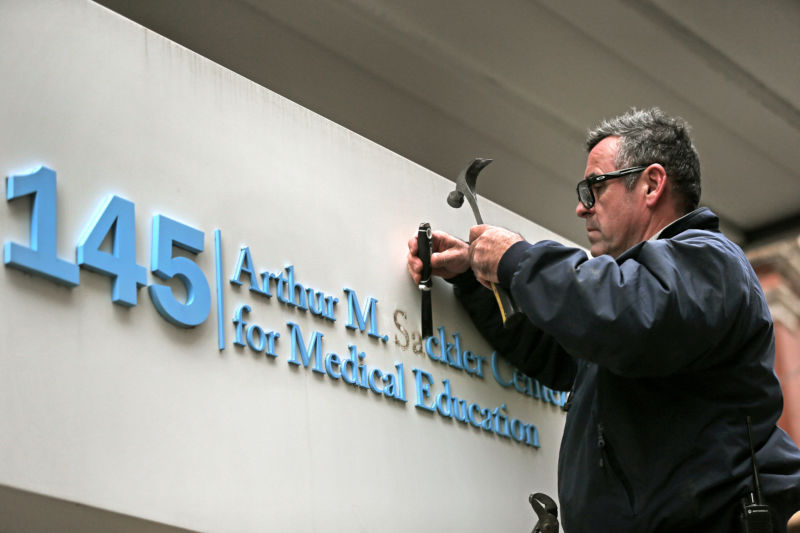 The Sackler family is pushing back after Tufts University
removed the family name from its buildings and programs due to the
family’s link to the ongoing opioid epidemic,
according to a report in The New York Times.

In a letter to Tufts’ president, a lawyer for the family wrote
that the removal was “contrary to basic notions of fairness” and
“a breach of the many binding commitments made by the University
dating back to 1980 in order to secure the family’s support,
including millions of dollars in donations for facilities and
critical medical research.”

Tufts made the decision to remove the family name after getting
the results of an independent review of the university’s
relationship with the Sacklers and
OxyContin-maker Purdue Pharma, which the Sacklers own. Both the
family and the company have been accused of helping to spark the
crisis by aggressively marketing the powerful painkiller and
misleading doctors, patients, and regulators about its
addictiveness.

Volcanoes where they shouldn’t be? Maybe it’s a mantle sponge