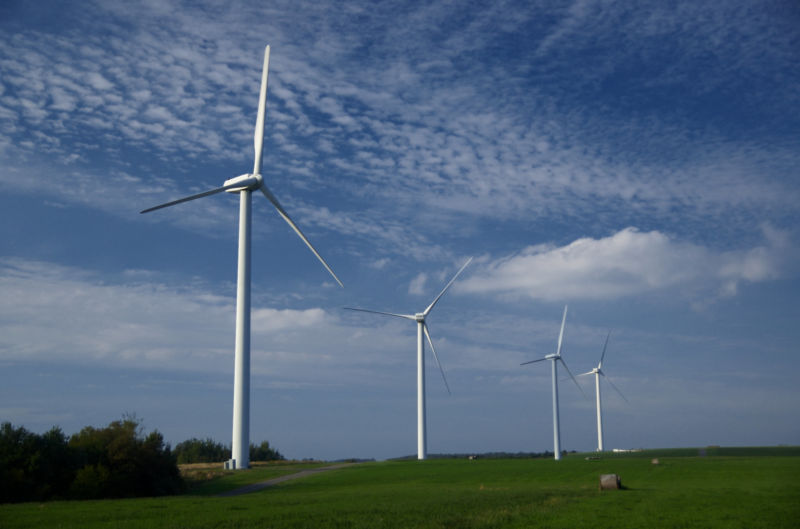 Enlarge / Pennsylvania
wind turbines that probably spent the day trying to understand what
a “MOPR” is. (credit: Jeff
Kubina)

On Thursday, the US Federal Energy Regulatory Commission (FERC)

issued a long-awaited decision that had been log-jammed until
Commissioner Cheryl LaFleur stepped down, breaking a 2-2 tie. The
details are complex, and they relate to a part of the electrical
system you likely didn’t know existed, but the decision could
have the effect of significantly stifling renewables in the
mid-Atlantic US.

The story starts with PJM
Interconnection, a grid operator responsible for balancing
power in a region spanning 13 states, from Illinois to Delaware.
PJM runs a capacity market, with annual auctions to secure enough
generation to cover peak demand several years into the future.
Utilities bid on these contracts based on their cost to provide
power.

However, some generators in recent years have complained that
they were losing to lower bids from renewables and nuclear in some
places, on the basis that those sources can benefit from state
subsidies. Renewables only claimed a very small slice of the pie in
the
last auction, but generators were concerned this would
grow.