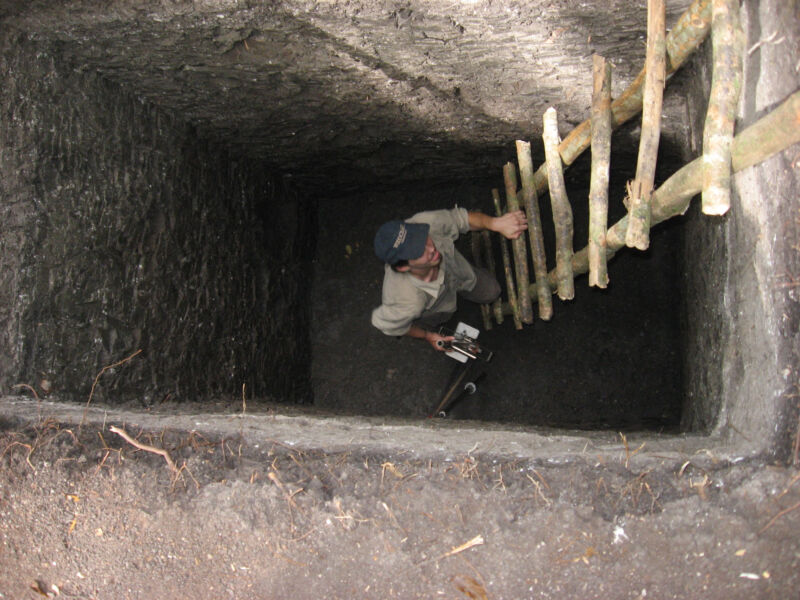 For centuries, Tikal was a bustling Maya city in what is now
northern Guatemala. But by the late 800s CE, its plazas and temples
stood silent, surrounded by mostly abandoned farms. A recent study
suggests a possible explanation for its decline: mercury and toxic
algal blooms poisoned the water sources that should have carried
the city through dry seasons.

Tikal’s Maya rulers built the city’s reservoirs to store
water from rain and runoff during the winter months. The pavement
of the large plazas in the heart of the city tilted slightly,
helping funnel rainwater into the reservoirs. Over the centuries,
dust and litter settled into the bottom of the reservoirs, too,
providing a record of what the environment around Tikal was
like—and what was washing into the city’s water supply.
University of Cincinnati biologist David Lentz and his colleagues
sampled layers of sediment dating back to the mid-800s, and they
found that two of Tikal’s central reservoirs would have been too
polluted to drink from.

An X-ray fluorescence spectrometer (which identifies the
chemicals in a sample based on how they react to being zapped with
an X-ray light) revealed that the sediment on the bottom of the
reservoirs was laced with dangerous amounts of mercury. Lentz and
his colleagues also found ancient DNA from blue-green algae, or
cyanobacteria, which can produce deadly toxins.

The most complete brain map ever is here: A fly’s “connectome“

Soapy rings kink or wrinkle depending on wall thickness