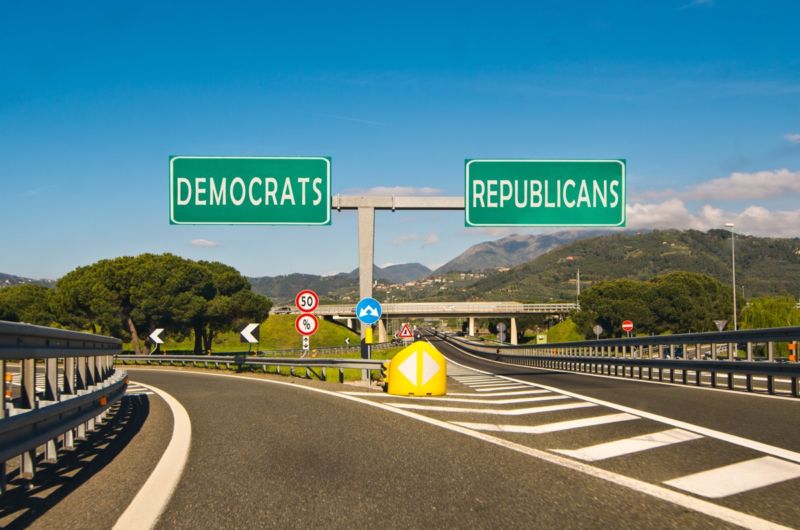 Enlarge / Peoples’ tendency
to assume others think the same way they do could be influenced by
social network structures. (credit: piermichelemalucchi/Getty
Images)

Social
perception bias is best defined as the all-too-human tendency
to assume that everyone else holds the same opinions and values as
we do. That bias might, for instance, lead us to over- or
under-estimate the size and influence of an opposing group. It
tends to be especially pronounced when it comes to contentious
polarizing issues like race, gun control, abortion, or national
elections.

Researchers have long attributed this and other well-known
cognitive biases to innate flaws in individual human thought
processes. But according to a paper
published last year in Nature Human Behaviour, social
perception bias might best be viewed as an emergent property of our
social networks. This research, in turn, could lead to effective
strategies to counter that bias by diversifying social
networks.

“There’s a fundamental question about how people perceive
their environment in an unequal society,” said
co-author Eun Lee, a network scientist based at the University
of North Carolina. Her interest in the topic was piqued in the wake
of the 2016 US election and the mass
protests and subsequent impeachment of the president in her
native South Korea that same year. “Both sides had been separated
into two groups by each issue,”
Lee wrote in an accompanying Nature essay. “At the time, I was
studying topics related to opinion dynamics models and wondered
what was leading these collective segregation behaviors. It seemed
the tendency of hearing from like-minded people trapped them in
their own opinions.”

Does paper recycling benefit the climate? It depends

SpaceX releases a Payload User’s Guide for its Starship rocket