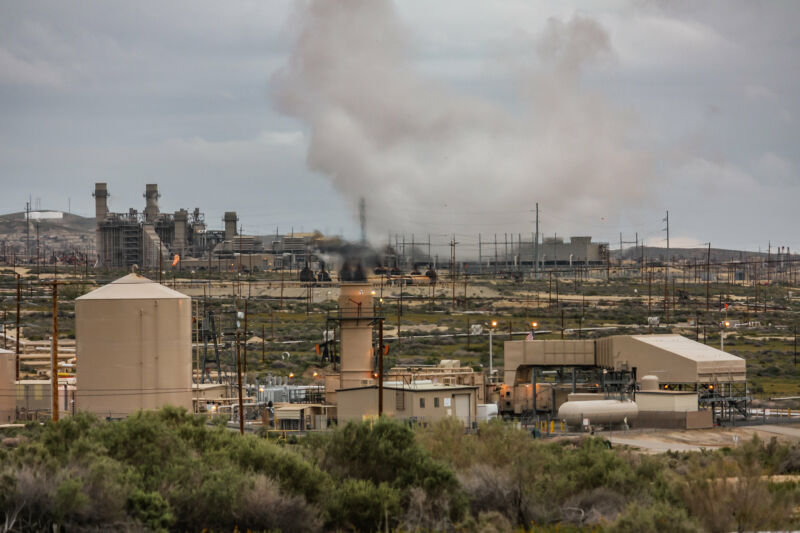 It’s called the “bomb curve”—a drastic spike in the
amount of radioactive (but harmless) carbon-14 in the atmosphere,
ushered in by the nuclear age. Scientists can sometimes utilize it
as a marker in time when it’s captured by something like tree
rings, for example. But the bomb curve can also obscure answers by
muddying the waters. That includes the question of just how much
methane emissions human activities have released.

Different sources of methane emissions, ranging from plant decay
in wetlands to bubbling seeps around mud volcanoes, come with
different signatures of carbon isotopes. Geological sources of
methane are quite old, giving any carbon-14 plenty of time to
radioactively decay and disappear. Carbon in methane from recently
alive plant material, on the other hand, will still have about the
same amount of carbon-14 we find in the atmosphere (where it is

So if the share of carbon-14-bearing methane in the atmosphere
were to decrease, you could determine that “old carbon” methane
emissions were increasing. The “bomb curve” ruins that trick by
introducing a new variable that has nothing to do with categories
of methane emissions. And that has made it harder for researchers
to figure out how certain natural sources of methane compare to
human-caused emissions. We know how much is going into the
atmosphere, but we don’t quite know exactly how much of it is our
fault.