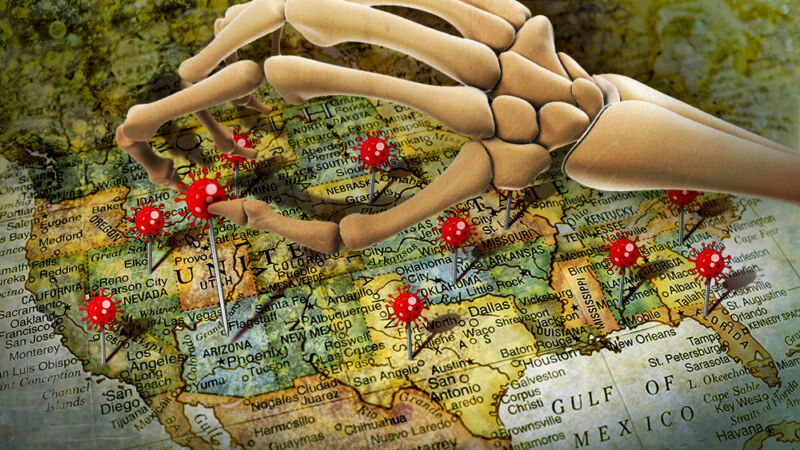 A grim series of articles published today in the Journal of the
American Medical Association makes clear just how hard the United
States has failed at controlling the ongoing novel coronavirus
pandemic—from the country’s horrifying death toll to its
inability to drag down its shamefully high death rates.

It was already clear that the US has tallied more deaths from
the coronavirus than any other country and has one of the highest
death rates per capita in the world. But, according to one article
in the series, the US is also failing to lower COVID-19 death
rates—even as harder-hit countries have managed to learn from
early disease peaks and bring their rates down substantially.

For the
analysis, researchers Alyssa Bilinski of Harvard and Ezekiel
Emanuel of the University of Pennsylvania compared the shifting
COVID-19 death rates of 18 high-income countries during three time
windows. The idea was to see how death rates changed as countries
adopted different public health interventions, especially if they
had seen surges in cases early on that boosted their overall death
rate during the pandemic. Specifically, Bilinski and Emanuel looked
at COVID-19 deaths per 100,000 people starting from February 13,
May 10, and June 7, with all three windows ending on September
19.

US grid-battery costs dropped 70% over 3 years