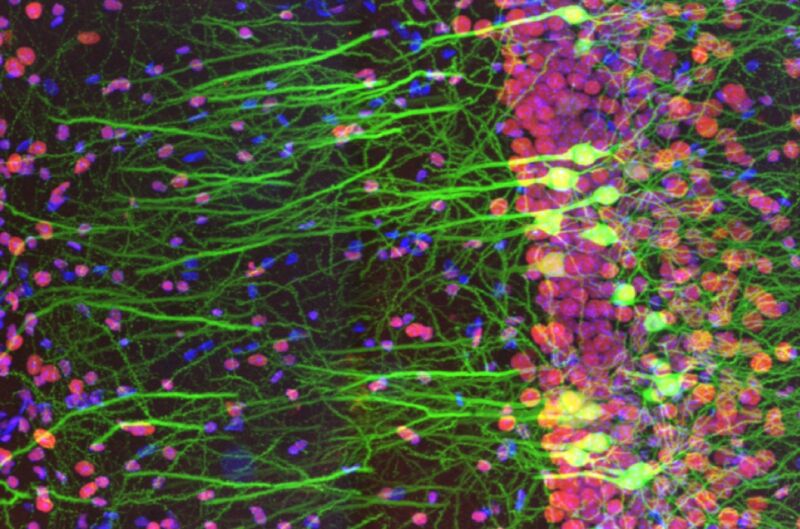 For several years now,
we’ve regularly featured the winners of Nikon’s annual
Small World microscopy contest. Now, Olympus has entered the
artful imaging arena with its first Global
Image of the Year Award. Like the Small World contest, the
intent is to highlight artful scientific imaging in hopes of
inspiring the world to appreciate the inherent beauty of microscopy
imaging. Olympus announced the winners (one global winner, plus
three regional winners), along with several runners-up, last month.
They do not disappoint.

As Ars’
John Timmer noted in his 2018 Small World coverage: “Microscopy
is a sibling of photography in many ways beyond the involvement of
high-end lenses. While it might not matter for scientific purposes,
a compelling microscope image depends on things like composition,
lighting, exposure, and more. And these days, both fields rely
heavily on post-processing.” All those elements are abundant in the
new crop of Olympus winners.

Spain’s Ainara Pintor snagged the top honor from over 400
submissions with her gorgeous image of an immunostained mouse-brain
slice, titled Neurogarden. The image focuses on the hippocampus
area of a single slice, but there are more than 70 million neurons
in the mouse brain as a whole, according to Pintor. Howard Vindin
of Australia won the regional prize for Asia-Pacific by capturing
an autofluorescence image of a mouse embryo. US entrant Tagide de
Carvalho won the regional award for the Americas with his colorful
image of a tardigrade. The regional winner for Europe, the Middle
East, and Africa was the UK’s Alan Prescott, for his image
capturing the frozen section of a mouse’s head.

FDA fast-tracks COVID-19 tests, but it’s unclear how accurate they are