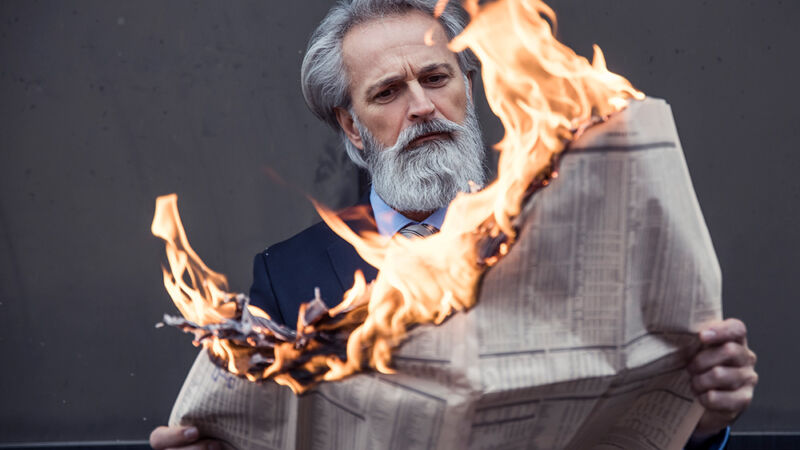 Partisan misinformation online is at least in part a bit of a
chicken-and-egg problem. There’s the supply on one side, coming
in part from politically motivated websites indistinguishable from
propaganda but also from some who are just trying to make a buck
bringing in clicks with fake headlines. But there’s also the
demand to consider—those people voraciously surfing to sate their
hunger for bias-confirming outrage. To understand the extent of the
problem, it helps to look at both sides of this relationship. What
misinformation is floating around, and who is consuming it?

In a new study, Andy
Guess, Brendan
Nyhan, and Jason
Reifler took advantage of survey data tracking the Web
histories of around 2,500 people in the month before the 2016 US
election. Combined with some demographic survey data on things like
their preferred candidate for president, the researchers were able
to break down who was reading which articles.

The researchers relied on a previous
study’s list of “untrustworthy” sites. This included
several hundred that could be fairly described as fake but also
over a hundred that run afoul of fact-checkers and were determined
to lack editorial standards. Among that list are
conspiracy-spreading sites like
InfoWars and
Natural News, hyperpartisan sites like Ben Shapiro’s Daily
Wire, and even some tabloids like The Express.

Source: FS – All – Science – News
Data shows who was reading “fake news” before 2016 US election

SpaceX hops a full-scale Starship prototype for the second time