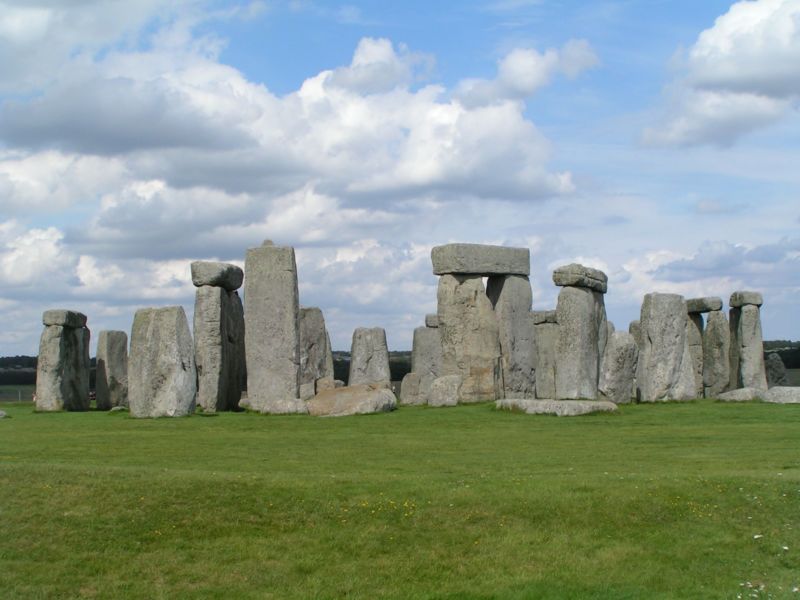 Enlarge / Feasts at nearby
Durrington Walls drew attendees from all over Britain. (credit:
Stefan
Kühn / Wikimedia)

The huge slabs of stone that make up the most iconic structures
at Stonehenge came from about 25km away, according to chemical
analysis. Since the 1500s, most Stonehenge scholars have assumed
the 6- to 7-meter tall, 20 metric ton sarsen stones came from
nearby Marlborough Downs, and a recent study, by University of
Brighton archaeologist David Nash and his colleagues, has now
confirmed that.

Recent studies have
traced Stonehenge’s bluestones to quarries in the Preseli Hills
of western Wales, about 300km (200 miles) away. When another
group of archaeologists studied the chemical isotope ratios in the
cremated remains of people once buried beneath the bluestones,
those researchers found that many of those people
may have come from the same part of Wales between 3100 and 2400
BCE. Ancient builders set up the sarsen stones a few centuries
after the arrival of the bluestones. Modern scholars have only been
able to speculate about where the huge boulders came from—until
now.

Sarsen, also called silcrete, is a sedimentary rock mostly made
up of quartz sand cemented by silica (quartz is just silica in
crystal form), formed in layers of sandy sediment. Thanks to
erosion, sarsen boulders are now scattered in clumps all over
southern England. Prehistoric Britons built monuments like
Stonehenge and Avebury with sarsen boulders, Roman settlers used
sarsen bricks to build their villas, and medieval people built
sarsen churches and farm buildings. But the largest sarsen boulders
we know of in Britain today are the ones at Stonehenge.