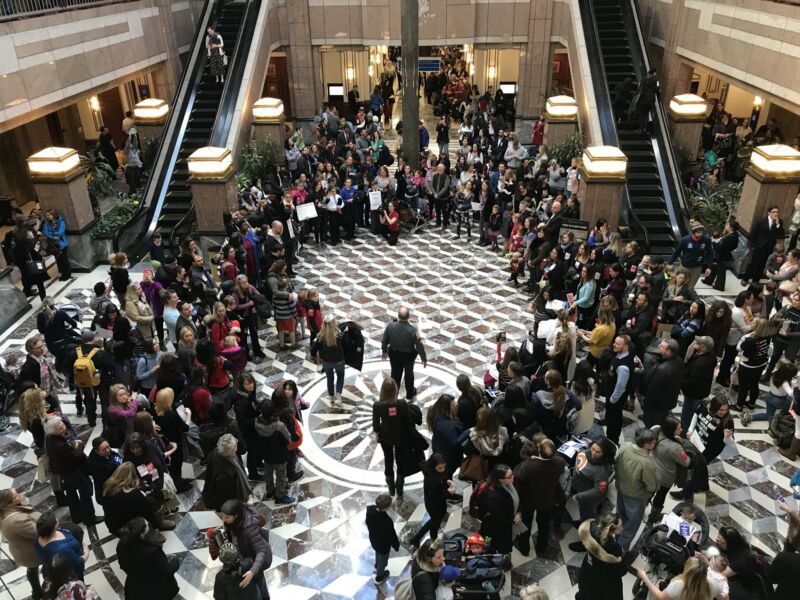 Enlarge / Image of
anti-vaccine protestors in Connecticut’s Legislative Office
Building. They formed a prayer circle and said the Pledge of
Allegiance and the Our Father before chanting “Healthy kids
belong in school.” (credit:
Twitter Christopher Keating)

The battle over vaccinations ramped up in Connecticut this week
as state lawmakers narrowly advanced a bill—with last-minute
amendments—aimed at banning religious vaccine exemptions for
children.

If passed, the measure will no longer allow parents to cite
their religious beliefs as a valid reason not to provide their
children with life-saving immunizations, which are otherwise
required for entry into public and private schools and
daycares.

The legislature’s public health committee passed the bill
Monday in a 14-11 vote bu t not before making a last-minute
amendment that would grandfather in children who already have such
an exemption. As passed, the amended legislation would only apply
to children newly enrolling.

January was warmest on record for the globe