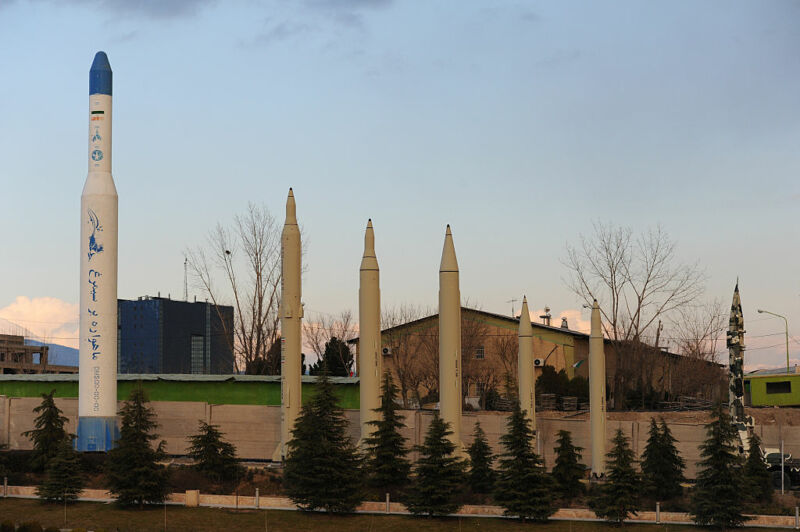 Enlarge / Replica Iranian
missiles are shown alongside the Simorgh rocket, left, on display
at the Holy/Sacred Defense Museum, a vast complex that commemorates
the 1980s Iran-Iraq War, in Tehran, Iran, on February 3, 2016.
(credit: Scott Peterson/Getty Images)

A pair of Iranian satellites failed to reach orbit on Sunday
after their Simorgh launch vehicle failed to inject them with
enough velocity.

“Stage-1 and stage-2 motors of the carrier functioned properly
and the satellite was successfully detached from its carrier, but
at the end of its path it did not reach the required speed for
being put in the orbit,” Defense Ministry space program spokesman
Ahmad Hosseini told state TV,
per an AP report.

The Simorgh rocket is a more powerful variant of a
small-satellite launch vehicle developed in the country, with a
capacity of 350kg to orbit. It has a terrible track record,
however, with at least three failures and no successful orbital
missions. Sunday’s launch was intended to help the country
celebrate the upcoming February anniversary of Iran’s 1979
Islamic Revolution.

Physicists measured forces behind why Cheerios clump together in your bowl

The cheapest climate target to hit? Around 2°C