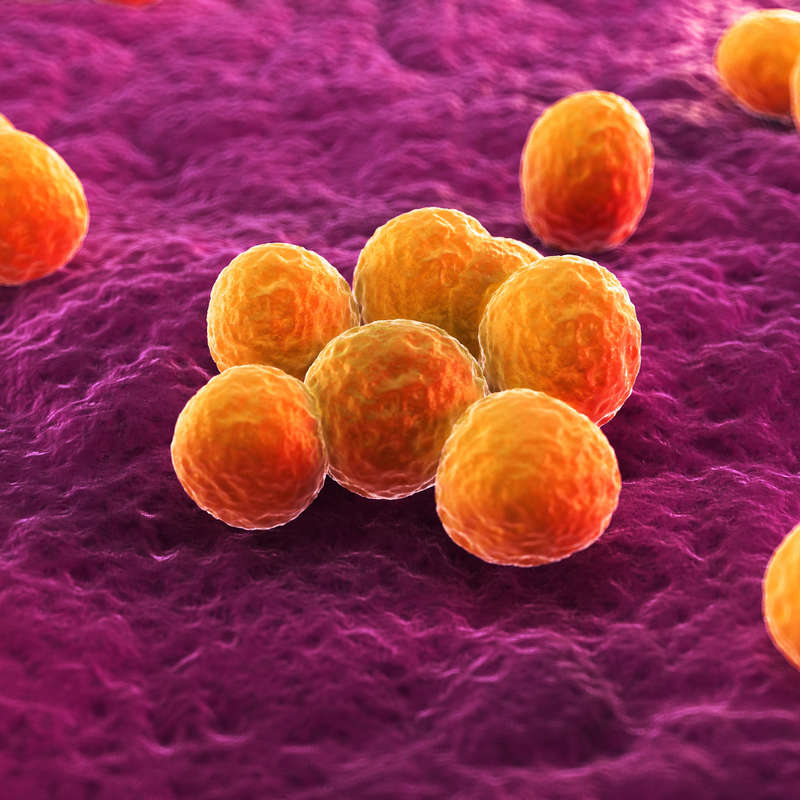 While harsh radiation and a “weightless” environment make
International Space Station microbes mutate, there’s no danger of
them turning into superbugs resistant to antibiotics, a new study
shows.

A team analyzing bacteria on the space station discovered different
genes in the space bacteria than similar bacteria on Earth. The
space genes, however, won’t hurt the astronauts.

“We were looking for different kinds of genes to see if the same
genes were present in the bacteria in both places,” said principal
investigator Erica Marie Hartmann, an environmental engineer at
Northwestern University, in an e-mail to Seeker.

The researchers looked at several types of common and harmless
microbes, such as Staphylococcus aureus, which normally lives on
human skin. On Earth, the investigators collected the staph
directly from human skin, but on the space station, they asked
astronauts to pick up the staph on different space station
surfaces. This was to remove the possibility of variation from
human to human.

“We can thus attribute any differences we see in the types of genes
they have to the environment in which they were living: on the
human skin, or the building surface,” Hartmann said. She added that
so far, the investigators don’t have an idea about how fast the
microbes evolve in space compared to on Earth, but she termed the
query “an interesting question.”

It’s not the first time space microbes attracted researcher
attention. Back in November, strains of the bacteria Enterobacter
were found on the ISS, as announced in the journal BMC
Microbiology. On Earth, this bacteria is usually found in
hospitals; a
NASA Jet Propulsion Laboratory press release at the time
described it as an “opportunistic infectious organism”. The
research team (led by JPL microbiology researcher Nitin Singh)
called for better monitoring of these microbes on the space
station, for human health concerns. The team emphasized, however,
there was no immediate threat to the astronauts.

“Our findings are also similar,” said Hartmann of her team’s new
study. “This is reassuring because obviously we don’t want to be
sending people up to space in tightly sealed bubbles full of
pathogens or pathogens-to-be. The caveat is that there is a huge
amount of bacterial diversity, so we can’t say even from looking
at these three types of bacteria how all bacteria will respond. We
should absolutely keep monitoring and keep doing research to
understand how different types of bacteria respond to different
built environment conditions, whether that’s in your home on
Earth, in the ISS, or on a spacecraft off to Mars.”

Luckily for astronauts, analysis of tiny living creatures is
getting easier in orbit. In 2017, NASA astronauts
sequenced the DNA of microbes entirely on the space station, as
part of the
Genes in Space-3 experiment; it was the first time orbiting
astronauts sequenced and helped identify microbes without needing
to send the samples back to Earth. The two species found were
Staphylococcus capitis and Staphylococcus hominis, benign microbes
that had been captured on the space station before.

“Sarah Wallace, who worked on that study, also helped us out with
this study,” Hartmann said. “What they’re doing by sequencing
bacteria on the ISS helps us immensely. They’re generating the
genomes that we can then use to compare to genomes of Earth-based
bacteria.”

Hartmann and her team will not stop with this study; they plan to
expand their analysis to different types of bacteria, when more
genomes from Genes in Space-3 become available through NASA. The
team is also conducting studies in buildings on Earth to “make sure
that we’re not inadvertently creating superbugs,” she said.

While the idea of little creatures living all around us might make
you feel itchy, Hartmann emphasized a certain number of bacteria
and microbes are normal in the environment.

“We take our bacteria with us everywhere we go, and we always
will,” she said. “We need to accept that we need our bacterial
partners; the vast majority of bacteria are not harmful to humans
and can in fact be very helpful. By researching how bacteria
respond to different conditions within buildings, we can be smarter
about how we’re designing and operating buildings and what kinds of
products we use in them.”

Hartmann’s study was recently published in the journal
mSystems.

Source: FS – All – Science – News 2
A team analyzing bacteria on the ISS discovered different genes in space bacteria than similar bacteria on Earth.

Calling The Shots In The Year Of The Nurse And Midwife

Greta Thunberg Is The 'Time' Person Of The Year For 2019