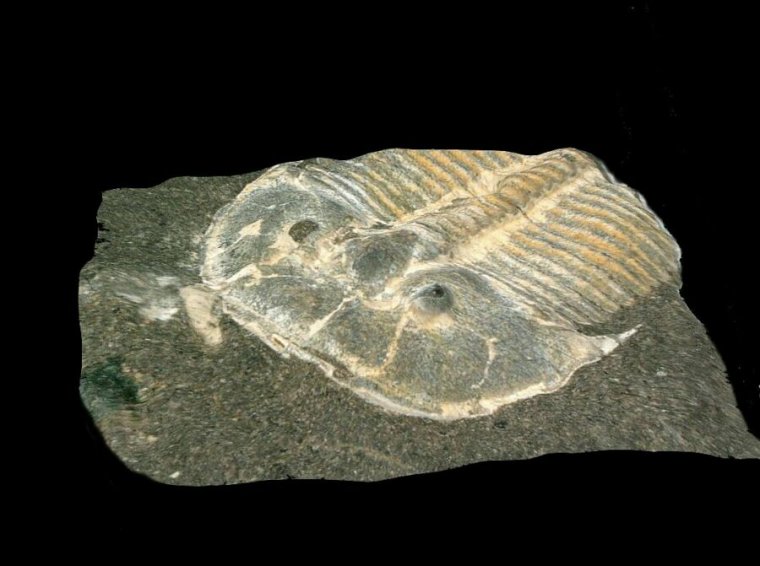 Enlarge / Don’t think you
can pull one over on this trilobite—he’s still got one good eye,
ya know. (credit: Brigitte Schoenemann)

Among fossils, trilobites are rock stars. They are adorable (as
stony arthropods go), with a segmented shape distinctive enough to
be a common logo. But they’re also fascinating because there are
so many examples in the fossil record over such a long period of
time, given that they thrived for over 250 million years. Studying
their evolution is enlightening in part because odds are good for
finding excellent specimens.

The University of Cologne’s Brigitte Schoenemann and the
University of Edinburgh’s Euan Clarkson took a look into the eyes
of one exquisitely preserved trilobite specimen, and they learned
plenty about how the creature’s eyes developed and what that says
about evolution. And, as a bonus, they conclude that this
particular trilobite species was probably translucent.

The fossil in question comes from 429-million-year-old
sedimentary rocks in the Czech Republic. It’s a centimeter-long
trilobite called Aulacopleura koninckii that split in half as the
rock layer was peeled apart. The shape of the structures in one of
its two eyes is nicely visible, with bits split between the two
halves.

Nearly 1 in 4 adults in the US will be severely obese by 2030, study suggests