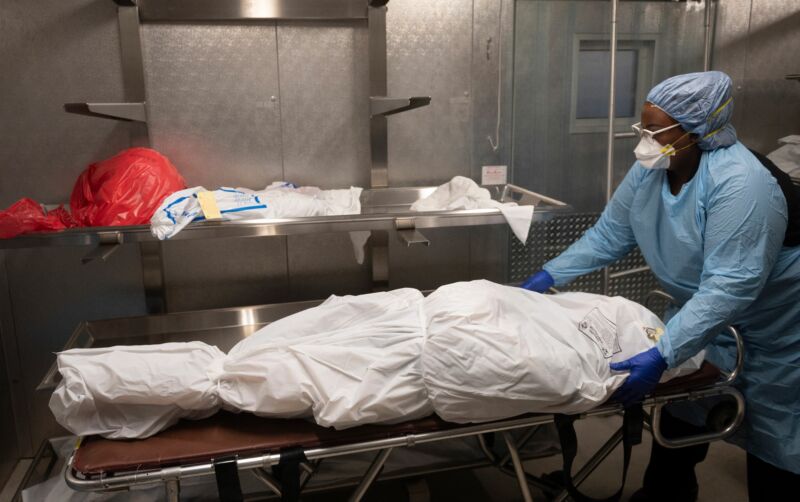 Enlarge / Transporter
Morgan Dean-McMillan prepares the body of a COVID-19 victim at a
morgue in Montgomery county, Maryland, on April 17, 2020. (credit:

More than 100,000 people in the United States have died from
COVID-19
according to several
pandemic-tracking efforts—and the pandemic is far from
over.As the country
reached the grim milestone, many areas were
still seeing increasing case counts, and researchers have
suggested that
a second wave of infection is looming.

The risk of continued spread remains high as
all 50 states have now begun easing restrictions aimed at
curbing transmission.

So far, the US leads the world in the number of confirmed cases
and deaths, with around 1.7 million cases and over 100,000 deaths.
The country with the next highest numbers is Brazil, which has
nearly 400,000 cases and over 24,500 deaths.

How a 5G coronavirus conspiracy spread across Europe

Can we craft a theory in which space and time aren’t assumed to exist?